on January 03, 2010
The 3 Idiots controversy brought one more phrase into common parlance - rolling credits. What a pity that such a brilliant film would remain indelibly associated with a tasteless - and needless - battle for credits.
Chetan Bhagat is of the opinion that '70% of the film is from the Five Point Someone' and 'millions (sic) of people have commented' to this effect on his blog.
My submission goes like this -
The film can be broadly split into two parts of roughly equal importance / duration. One, the part in the engineering college and two, the part about Madhavan-Sharman Joshi looking for Aamir Khan. The second 50% is completely a product of Rajkumar Hirani-Abhijat Joshi's imagination and Chetan Bhagat shouldn't be claiming credit for it.
That leaves us with 50% of the college part. Chetan Bhagat's book (which I liked a lot when I read it) was about 'what not to do at IIT', essentially about three reluctant students of engineering trying to somehow scrape through and there weren't any attempts to 'chase excellence, success will follow'. Add to that wedding crashers, delivering a baby in the college common room, a hilarious stan-balatkar speech and Kareena Kapoor and you could say that about half of it is from the book.
So, I would subtly rearrange the hyphen in M/S Chopra, Hirani & Khan's '2-5%' assertion and close the matter at 25%!
Of course, this doesn't address the issue about the emotional impact of the two products.
I quite liked the book but I completely fell in love with the film. And I think I am in a substantial majority (though I am sure there are a large number of people who felt the other way as well).
My point for the filmmakers is simple - your film is fantastic. You have added a million brilliant things to the book. So why are you hiding that? Let the readers of the book see that the film is a massive improvement.
Do you know how great filmmakers give story credits? Let me tell you about a director called Satyajit Ray.
He started his career by making a trilogy based on the novels of one of the best-known authors in Bengali. Of course, he gave him credit right upfront. By right upfront, I mean right after the name of the film, even before the cast. 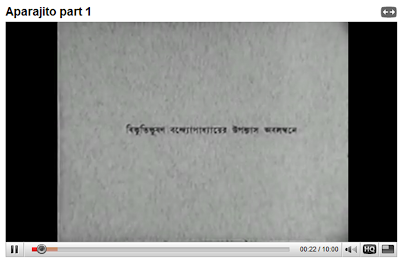 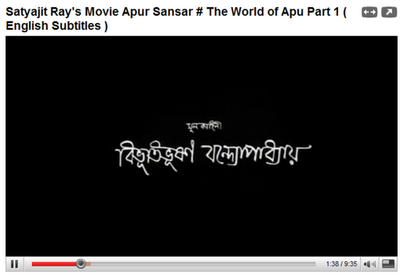 Cynics would say that he needed the name of the author to back his own anonymity. Just as he did when he made his first Hindi film (from the story of an author, far more famous across India than he was). 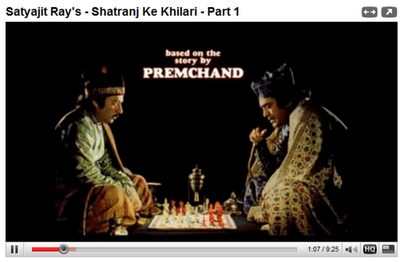 Fair enough. But in between the Trilogy, he made films from works of less famous authors and followed the same principle. 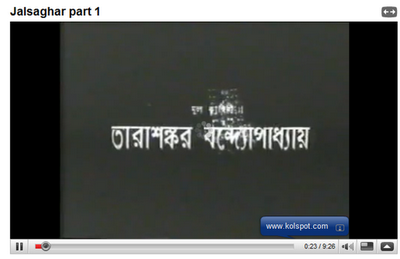 After the Trilogy (which brought him international fame), he made films on varied subjects from different authors. He continued to treat authors similarly.
One of them was a Nobel laureate. Some of them were almost first-timers. 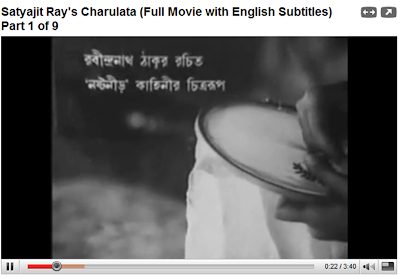 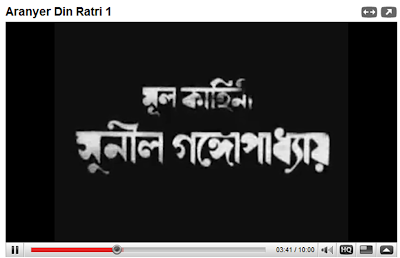 Even when his fame and box-office draw far exceeded that of the author, this did not change. 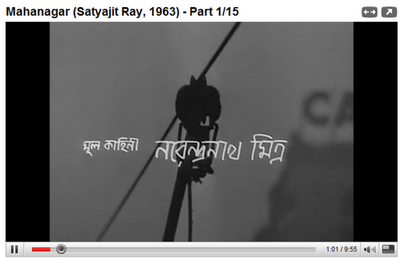 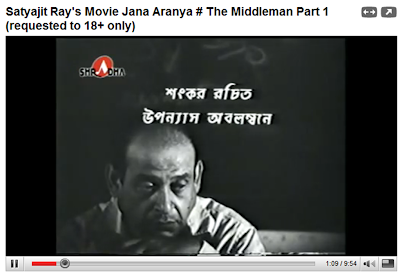 The farthest down any author has featured in his films' credits is when the story has been his own and it had to be shown as Story-Screenplay-Music-Direction: Satyajit Ray. 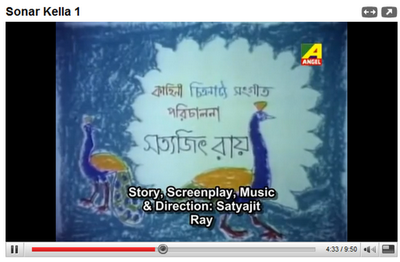 Its one thing to honour something that is written in the contract and obviously, Mr Bhagat needs to read things he has signed a little more carefully before he starts screaming from rooftops.
And its quite another to do the honourable thing.
Don't imagine for a second that I am trying to educate Vinod Chopra Productions on how to give proper credit to the author! This was just an excuse to dig out some of the lovely opening credits that were hallmarks of Satyajit Ray films.
Cinema

L'Étranger said…
Ah... thanks for a balanced take on the movie... I had grown quite sick of all the noise everywhere.

Anonymous said…
Surprised you did not include ganashatru in the above list of videos...wonder where Ibsen is mentioned in that, considering it is an adaptation, although quite close to the original. I am guessing quite early on, as ray always mentioned it. Also am reminded of rituparno's acknowledgement to O Henry at the end of raincoat although that plot was only very faintly connected to the gift of the magi.
Useless controversy...nice article.
Sun Jan 03, 12:17:00 pm GMT+5:30

Rimi said…
Dipta, very evocative post. It also reminded me of an interview I once saw here, with Narayan Murthy. Turns out Murthy coined the term 'a flat world' which appeared in a New York Times journalist's book abot globalisation and became rather popular. The interviewer asked Murthy whether he minded that he wasn't given credit for the phrase by the journalist, who was also his friend. Murthy shurgged and said, "These things happen, you know."

What remained unsaid, I think, was this: "I am worth $945 million. I can be generous with the odd phrase here or there". But cynicism notwithstanding, it immediately lent him an air of elegant nobelesse oblige which, I am guessing, is something sorely lacking in the Hirani-Bhagat debate.

The interviewe ended the matter by commenting on the Indian disposition for good grace and a certain materialistic detachment (he also mentioned Shilpa Shetty's dignified handling of her racist tormentors, I think). If only he knew!
Mon Jan 04, 10:02:00 am GMT+5:30

Kalyan Karmakar said…
Hi there, just came onto your blog from Indiblogger. Definitely plan to read a lot more. lot of interesting stuff. I loved this post. The credit titles were evocative.