on March 20, 2016
SPOILER ALERT: This 'review' of the film hints at certain critical revelations that happen in the film. While the film is not a whodunit, it maybe a better idea to not read this before watching. In any case, I sincerely recommend you watch the film before doing anything - let alone reading this!

"A story about two guys... a girl... and one little lie. Believe it!" - Tagline of Dostana

What Shakun Batra does in Kapoor & Sons is to take these two films from Karan Johar's stable and make such an amazingly heady cocktail out of it that one is never sure if he is consciously slying against his producer or not. He takes the Karan Johar staples - good looking actors, large families, estranged family members, crazy patriarchs, great music, picture-perfect locales, big parties - and does the filmi equivalent of fusion food. It is the KJo ingredients in the hands of an inventive - even subversive - chef.

First up, let's get Rishi Kapoor - hailing from the original Kapoor & Sons enterprise of Bollywood - and his amazing makeup out of the way. Even without the makeup, he exudes a crazy grandfatherliness from every pore and by making his character a tharki, the film just added a whole lot of fun. And by adding Ram Teri Ganga Maili to the jamboree, the self-referencing just made all trivia lovers dreams come true!

Second, let's not get into the acting. Every single actor has acted brilliantly, especially since none of them are playing easy, sweet, happy roles. These are difficult, everyday people who get angry, get into scuffles, have jealousies and insecurities and do cruel things - often not knowing what they are doing.
Siddharth Malhotra and Alia Bhatt leave their student days far behind and play a normal couple, who are not sure if they should be a couple. Ratna Pathak Shah and Rajat Kapoor bring alive the forever bickering couple, who have forgotten why they were in love once and after a lifetime of scars, they are now even wary of good times.
All female viewers have gushed about Fawad Khan's hotness and - indeed - the perfectly featured actor is likely to go far in Bollywood, thanks to his good looks and easy charm. The posters, trailers and all promotional material have exploited this quite mercilessly. I found it quite amazing that he played a role that would make him the darling of many men as well.
Even the bit parts - photographer Wasim, his bodybuilder brother Boobli, Choksey Uncle, including the plumber - are superbly performed. 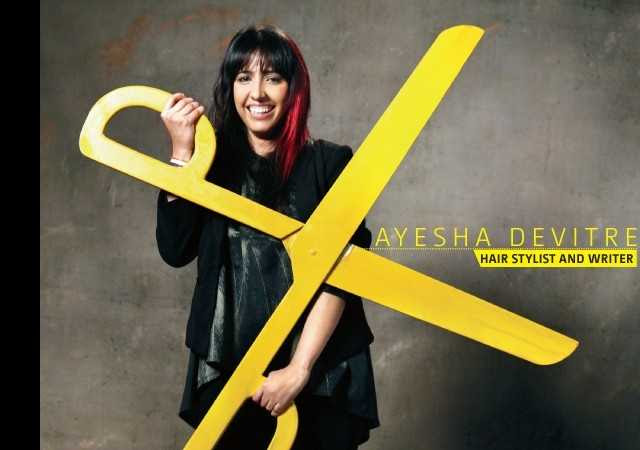 However, the hero of the film is the writing.
It is certainly not an easy task to take so many actors (some stars, some merely actors), put them in situations that we see happening all around us and still make it interesting. Especially since, the final payoff - the patriarch's dream of a family photo - is not stuff 140-minute blockbusters are usually about. And yet, director Shakun Batra and Ayesha Devitre Dhillon manage to weave a mesmerising screenplay around this dysfunctional family, going about plugging leaks and planning surprise birthday parties.
A word about Ayesha Devitre: She is a hairstylist with some massive blockbusters to her credit. She calls herself a 'hairstylist by profession, scriptwriter by passion' and has only written two films (both co-written with Shakun Batra). Her first film - Ekk Main Aur Ekk Tu - had the confidence of moving away from standard Hindi film tropes, even while seeming to be within a formula. More power and more films to her!

[Frivolous Footnote 1: In a film that has such great writing, it is great that the two heroes are writers of different kinds. For trivia buffs, Fawad Khan's book is called Freedom Fall and Siddharth Malhotra's manuscript is called We Are All Under A Cloud. Thanks Aarti Krishnakumar for that!]

[Frivolous Footnote 2: The film is set in Coonoor, where a cheese maker lives. I was wondering that his best film is also about two brothers - the elder being the favourite and the younger a bit of a dark horse - coming good in their own ways.]
#100MoviePact Cinema Screenwriting Shakun Batra

Lavs said…
What is a tharki?
Cheesemaker has wound down his business and has shifted elsewhere. I was in coonor last december and went hunting for his farm.
Sun Mar 20, 02:10:00 pm GMT+5:30

Unknown said…
Second book title is we are all under a cloud.. I saw the movie lady evening and dint really like it much.. Nothing new, also I kinda knew what fawad khan 's bit was gonna turn out to be and I have seen the exact same lot in an English movie as well.. Each one to their own I guess :)
Sun Mar 20, 06:50:00 pm GMT+5:30

Unknown said…
Hai, I’m From Tamil Nadu, I love Malayalam Movies, and they are soft romantic and gentle. On the whole Malayalam movies give a gentle good feeling without much violence (from the films I watched). I have only one thing to say for Malayalam Industry, Really the actors should look after their physique both male and female actors. Malayalam Actors who work in other Industries have transformed very well about their physique. Those who did thing are still in the Industry and those who don’t are disappeared long ago. Nayanthara is the perfect example for this. In every other technique Malayalam is much better than the other Industries In India. I hope someone will listen and think about this. I read lot of Malayalam cinema news (chalachithram ) mollywood news here. Hope you enjoy too. Wishing a great year for Malayalam film Industry.
Thu Sept 07, 07:00:00 pm GMT+5:30