My Guide to India in 28 Books 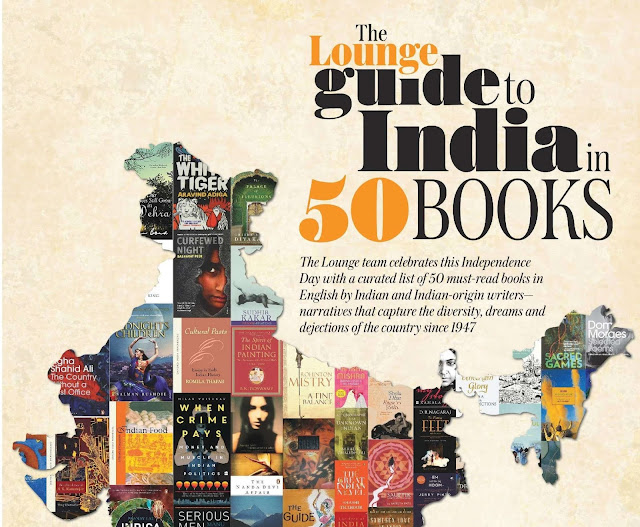 Mint Lounge came up with a Guide to India in 50 Books, selected by the journalists and editors of the newspaper. The editor hopes that we will take offence at the books we love but have been left out. And indeed, that’s the whole point of lists!

As a list aficionado myself, I think it is a bloody good list because it achieves the near-impossible. It makes you want to sit down and create a list of your own.

So here goes mine…

I have tried to replace some of the books with alternate names that *I think* are better in terms of either readability or momentousness. Or both. The replacement is either by the same author or covers a related theme/topic. The other books are the ones I have read and feel they should remain in the list.

The story of a genius poet past his prime and his ardent admirer trying to chronicle his life for posterity has an abiding charm in the present times. Especially because our classical languages are fading away and we are hellbent on assigning religious labels to what remains.

If you’re going with a travelogue-cum-social-account of India, you might as well go with the author who actually eats non-veg and covers a wider swathe. Samanth S’s account of going down the peninsular coastline of India eating fish is hot, spicy and so real that it sticks to your fingers.

The clichéd story of a poor man trying to make it in a rich man’s world can be replaced by the story that spawned a publishing revolution. Bhagat’s debut is raw and funny, chronicling the IIT-obsession of the Indian middle class surprisingly well. Much has been said about his slightly wonky writing but you cannot NOT read Chetan Bhagat if you’re trying to get through ‘India in 50 books’.

If you read Curfewed Night, you must also read the other side of the story. Rahul Pandita covers the ordeal of the Kashmiri Pandits, their exodus and their attempts to rebuild their lives. Read Peer and Pandita’s books back to back, and you’ll lose the will to live in India.

This is a personal choice. Probably because I read this when I was young, the coming-of-age of a bunch of boys in a near-alien South Indian town just hit home like nothing else Narayan had written.

Snigdha Poonam’s book is an excellent exploration of the new generation of Indians charging ahead in the new millennium in entertainment, internet and politics among other things. But Desai’s book – a collection of his columns – goes back a decade or two, takes innocuous items from our daily lives (the nighty, the scooter, the matrimonial ad) and draws a masterful portrait of the India we grew up in and how they shaped us.

Much better than a collection of trivia and memorabilia (however visually attractive it may be) is the story of the ‘greatest film ever made’. A single story bringing out the passion, the quirks, the resilience, the stardom, the trepidation of our dominant film industry.

What good is a book on food if it doesn’t make your mouth water? And learning about food from its history is like someone telling you how to kiss. Timms’ book on the meats, the sweets, the ghee, the butter, the spice, the heat, the city and the citizens is a lovely peephole into how Indians eat to love and love to eat.

There are two Mahabharata retellings in this list and Pattanaik’s illustrated version of Ramayana deserves entry not only to complement them but also because it manages to bring in the nuances despite the simple language.

The NRI experience is an intrinsic part of the last 73 years of India and Jhumpa Lahiri’s achingly beautiful account of a Bengali couple migrating and building an Indian life in America is as organic as it can get. It grew out of every household from which a son or daughter went abroad in the 1970s/80s and came back to wide-eyed surprise and an unsaid pain on both sides.

The story of the Rana of Mewar – fighting the Mughals outside and the demons within – is an alluring tale of palace intrigue, domestic drama and marital tussles. All the more so because his wife is in love with a dark-skinned God. Historical fiction at its best.

The story of crime in modern India is intrinsically linked to politics and vice versa. So we might as well start from the crime and get into politics instead of the other way round. Zaidi’s storytelling is gripping and churns out a steady stream of stories from the Bombay/Mumbai underworld, with it comes the complicities of the political class, the film industry and the swish set.

If you must read Singh’s scholarly History of the Sikhs and the gritty Train to Pakistan, you must also read at least one volume of his joke book. Compiled mostly from jokes his readers used to send him, the books are the exact antithesis of the politically correct culture, sterile test-tube we live in nowadays. The jokes are racist, explicit, hilarious and paint as good a picture of India as any!