on July 10, 2012
The good people of URead.com and Westland Books are running a picture quiz as part of a Kitnay Aadmi Thay? contest.

Take a look at the image below and answer two simple questions: 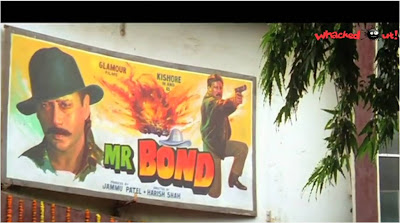 1. Which movie is this poster from?2. According to the movie, there is an error in this poster. What is it?

E-mail your answers to ureadshop@gmail.com, mentioning your complete contact details.
If you participate, do leave a comment here. I will push for reservation of seats for Calcutta Chromosome readers.


Ten winners will be invited for lunch with me (among other people) on 14 July, Saturday at Zura, Sector-29, Gurgaon.
UnfortuNote: This contest is for Delhi-NCR folks only.
Books Cinema

Straight Cut said…
Have left the reply. The movie name was easy. The error was not readily apparent though. Wasn't Jaggu Dada called Raajkamal in the movie?
Have ordered the book and cant wait to go through it.
One small suggestion, Dada, please keep the quizzes coming - maybe once a month? Pretty please?? It really was fantastic - Bollywood trivia knowledge can really really be so addictive!!!
Tue Jul 10, 11:14:00 pm GMT+5:30

Chaust said…
Hi, i have just sent in my entry :-) Would be good to know if the answers are right.